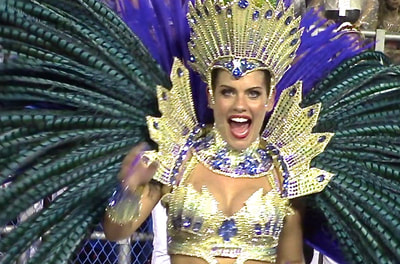 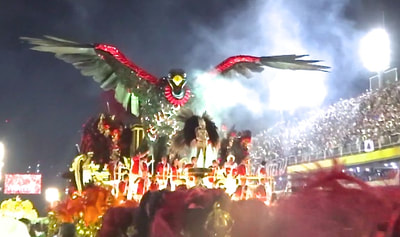 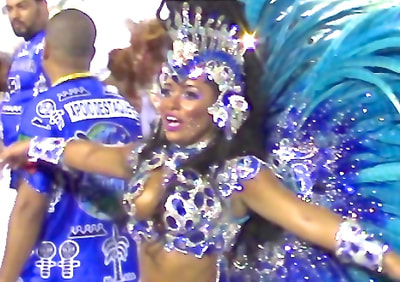 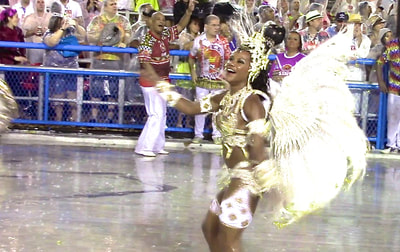 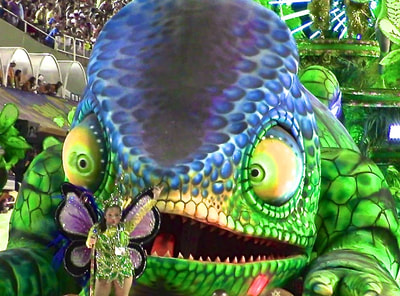 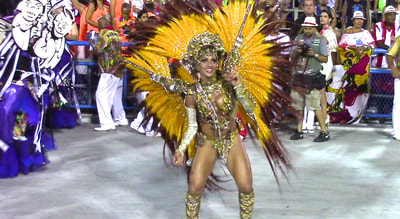 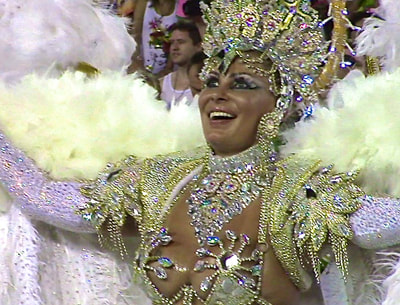 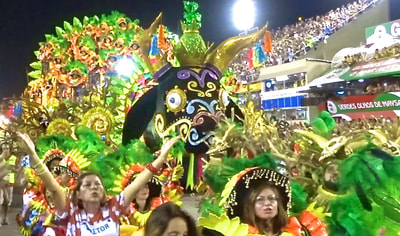 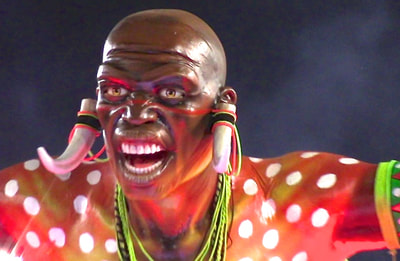 ​To provide you with a prequel of the upcoming Feb 11 & 12th, 2018 performances of these great schools, “BEST OF RIO CARNIVAL”TM 2018 presents the following fantastic HD videos chronicling all thirteen Special Group Samba Schools' past performances at the Rio Carnival Celebrations. This unique collection of HD videos was taken by Paul Hodge, creator of  “BEST OF RIO CARNIVAL”TM 2018 and the SoloAroundWorld  YouTube Channel.

The following is a summary of the six samba schools which will perform on Monday night, February 12, 2018. The summary includes a brief history of each school, each school's key facts and each schools 2018 performance theme.

At 10:20pm, on Monday, February 12th, "Portela" Samba School will be the second to perform. This year, Portela's theme is dedicated to the Jewish immigrants who founded New York City. The theme is entitled “De repente de lá pra cá e Dirrepente de cá pra lá” (Suddenly from here to here and suddenly From here to there). Portela will also link Portela's theme with contemporary debates, approaching the immigration crisis in Europe and other parts of the world. The theme is based on a book written by Paulo Carneiro, which describes the trajectory of the Jewish migrants who, in the seventeenth century, travelled from Spain’s religious persecution to Recife in northeastern Brazil and ended up going to the United States after the Dutch invasion in Recife. Portela represents the Rio neighborhood of Madureira. The school was founded in 1923, and its colors are blue and white. Portela is considered one of the most traditional schools.

At 2:40am, early Tuesday morning, February 13, 2018,"Beija-Flor" Samba School will be the final school to parade at the Sambódromo in Carnival 2018. Beija-Flor's theme is inspired by the classic novel “Frankenstein”,written by British author Mary Shelley. The theme is entitled “Monstro é aquele que não sabe amar. Os filhos abandonados da pátria que os pariu” (Monster is the one who does not know how to love. The abandoned children of the motherland who gave birth to them). Beija-Flor's theme celebrates the 200th anniversary of the novel’s release and aims to show that, like Frankenstein’s monster, samba music has always been marginalized. The school also intends to provoke a deeper reflection on Brazil’s social exclusion, proposing an analogy between Frankenstein’s marginalized monster and the “invisible groups” in the Brazilian society. Beija-Flor represents the municipality of Nilópolis, Baixada Fluminense located in Rio de Janeiro state's southwestern region. The school was founded in 1948, and its colors are blue and white.

​SUBSCRIBE TO THE “BEST OF RIO CARNIVAL”TM!
NO REGISTRATION, SUBSCRIPTION, MEMBERSHIP FEE WILL BE CHARGED.
NO SUBSCRIPTION/REGISTRATION INFORMATION WILL BE SOLD, TRANSMITTED OR MADE
AVAILABLE IN ANY WAY TO ANY THIRD PARTY & NO SUBSCRIBER/MEMBER WILL RECEIVE ANY ADVERTISING.
​
COPYRIGHT 2013, 2014, 2015, 2016, 2017, 2018