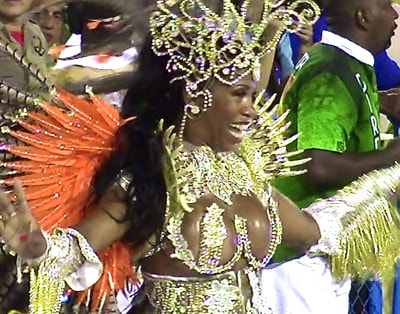 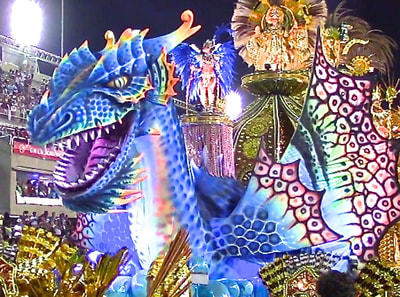 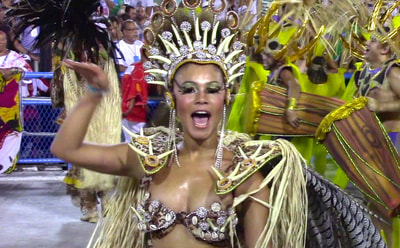 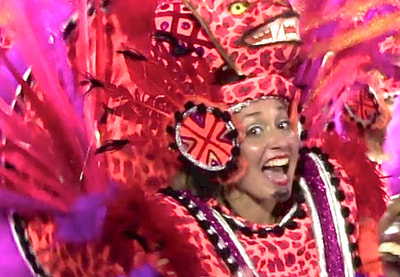 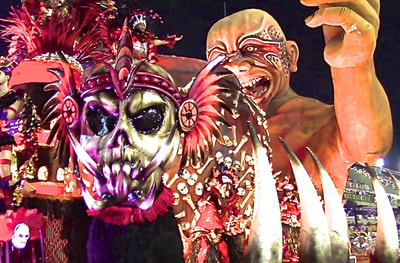 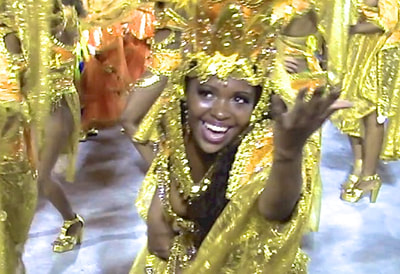 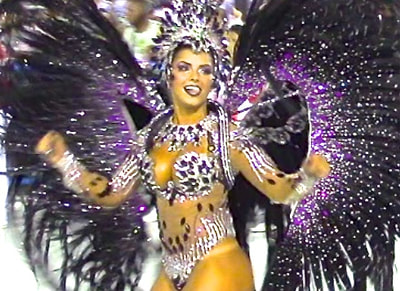 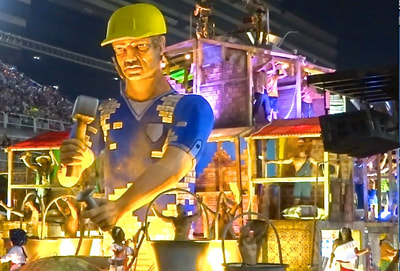 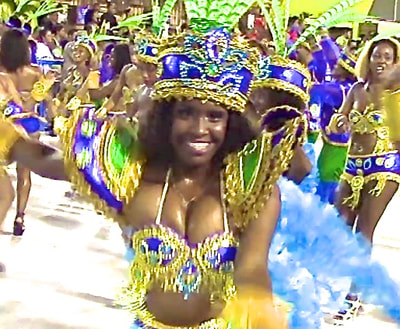 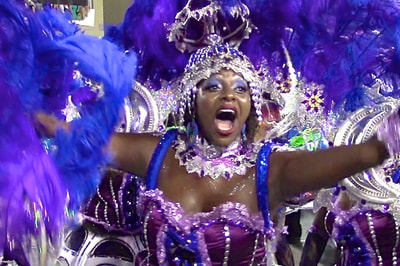 PREQEL TO SUNDAY, FEB 11, 2018 SPECIAL GROUP
RIO CARNIVAL 2018 SAMBA SCHOOL PERFORMANCES
The 2018 "world-renowned" Rio Carnival Samba School Competitions starts on Friday, February 9th and end early in the morning on Tuesday, February 13, 2018. For the last two nights Feb 11 & 12th, thirteen Special Group Schools will perform on the following nights and in the following order: Sunday, February 11, 2018, the first day of the Special Group, from first to last are:  Imperio Serrano, São Clemente, Vila Isabel, Paraíso do Tuiuti, Grande Rio, Mangueira and Mocidade. Monday, February 12, 2018, the second day of the Special Group parades, the schedule from first to last is: Unidos da Tijuca, Portela, União da Ilha, Salgueiro, Imperatriz Leopoldinense and Beija-Flor.
​
​To provide you with a prequel of the upcoming Feb 11 & 12th, 2018 performances of these great schools, “BEST OF RIO CARNIVAL”TM 2018 presents the following fantastic HD videos chronicling all twelve Special Group Samba Schools' past performances at the Rio Carnival Celebrations. This unique collection of HD videos was taken by Paul Hodge, creator of  “BEST OF RIO CARNIVAL”TM 2018 and the SoloAroundWorld  YouTube Channel.

“SAO CLEMENTE” 2018 SAMBA SCHOOL PE﻿RFORMANCE
"São Clemente" Samba School will be the second samba school to represent the Grupo Especial (Special Group) at Carnival 2018. Following Império Serrano, which opens Sunday’s show, São Clemente parades at the Sambódromo at 10:20 PM, paying homage to Rio’s Escola de Belas Artes (School of Fine Arts). São Clemente's theme is entitled “Academicamente Popular” (Academically Popular). The theme brings important references to understand Brazil’s artistic tradition, founded with the arrival of the Portuguese Royal family in Rio, in the early nineteenth century. Mentioning names like French artist Jean-Baptiste Debret, the lyrics present the central role of the French Artistic Mission to the consolidation of the Fine Arts in Brazil. Additionally, the samba also portrays the themes that most inspired the French Artistic Mission’s artists in Rio, like its exuberant nature and its people. São Clemente represents
​the Rio neighborhood of Botafogo. The school was founded in 1961, and its colors are yellow, black and gold.

“VILA ISABEL” 2018 SAMBA SCHOOL PE﻿RFORMANCE
​Expected to enter the Sambódromo at 11:25 PM, “Vila Isabel” Samba School will be the third from the Special Group to participate in the competition with a “samba enredo” about the future of humankind. Vila Isabel's theme is entitled  “Corra Que o Futuro Vem Aí” (Run, The Future is Coming”) and it aims to reflect on where the mankind is going to.
Vila Isabel intends to give an idea of a bright future, a future we all dream of. represents the neighborhood of Vila Isabel in the North Zone of the city of Rio de Janeiro. The school was founded in 1946 and is represented by a white-and-blue flag with a royal coat of arms as its center – which alludes to the crown of Isabel, the Princess of Brazil’s Empire.

“GRANDE RIO” 2018 SAMBA SCHOOL PE﻿RFORMANCE
"Grande Rio" Samba School will be the fifth school to perform on the first night of the Rio Carnival 2018 Samba School Parade Competitions. Grande Rio will perform around 1:35am on Monday, February 12th, The schools theme is to pay tribute to Chacrinha, one of the most unique TV presenters Brazil has ever had. The theme is entitled “Vai Para o Trono ou Não Vai?” (Go To The Throne Or Not Go). Among the highlights of Grande Rio’s parade for Carnival 2018 are its costumes, which will allude to the most memorable moments of Chacrinha’s TV programs. The theme will pay homage to artists that were “discovered” by Chacrinha. Grande Rio represents the municipality of Duque de Caxias located in Rio de Janeiro state north of Rio de Janeiro city. The school was founded in 1988, and its colors are red, green and white.

“MANGUEIRA” 2018 SAMBA SCHOOL PE﻿RFORMANCE
Early Monday morning, February 12th, "Mangueira" Samba School performed at 4:35am. The school was scheduled to perform at 2:40pm but was delayed because of some technical problems faced by Rio Grande samba school which immediately preceded Mangueira. Mangueira's theme was entitled “Com dinheiro ou sem dinheiro, eu bronco” (With money or no money, I play). The school's theme was plea for the preservation of the Carnival's cultural heritage and against the Rio government's budget cuts on the funds paid to the samba school to finance their Carnival performances.
Mangueira represents the neighborhood of Mangueira (Hose) located in Rio’s Central Zone. The school was founded in 1928, and its colors are green and pink.

“MOCIDADE” 2018 SAMBA SCHOOL PE﻿RFORMANCE
Early Monday morning, February 12th, "Mocidade Independente de Padre Miguel" Samba School closed the first day of Grupo Especial’s parade competitions at Carnival 2018. While Mocidade was scheduled to perform at 3:45am, it was delayed and didn't start its performance until around 5:30am. Mocidade's theme is entitled “Namastê… A Estrela Que Habita em Mim Saúda a Que Existe em Você” (Namaste… The star inside me greets the star inside you)​. The theme pays tribute to India and the hindu mythology. In addition to highlighting diverse Indian cultures, the school's theme reflected the Indian influences on the Brazilian culture, from the culinary to Saint Teresa of Calcutta. Mocidade represents the neighborhood of Padre Miguel. The school was founded in 1955, and its colors are green and white.